Ojibwa essiac was a blessing to this society and we are able to enjoy the benefits today.

The heartland of the Ojibwa country is located at what is present-day Sault Ste. Marie, Michigan, USA. The Ojibwa migration path was from the lower St. Lawrence River up through the Ottawa River at present-day Montreal. Then they crossed Lake Nipissing to Lake Huron and continued northwest behind Manitoulin Island to the St. Mary's River. A significant place near the end of their journey was the Straits of Mackinac, which is the waterway separating the Upper and Lower Peninsulas of Michigan. According to the widely accepted account, this was the place that members of the group separated into three divisions.

The Potawatomis moved south into lower Michigan, the Ottawas occupied Manitoulin Island their base, and the Ojibwas continued north about fifty miles to the falls of the St. Mary's River, their final destination. After several centuries of population growth, part of that group branched off to establish a new base on the south shore of Lake Superior at Chequamegon Bay in present-day Wisconsin.

We know this history because leaders in the ceremonies of the Midewiwin preserved maps of the long migration. 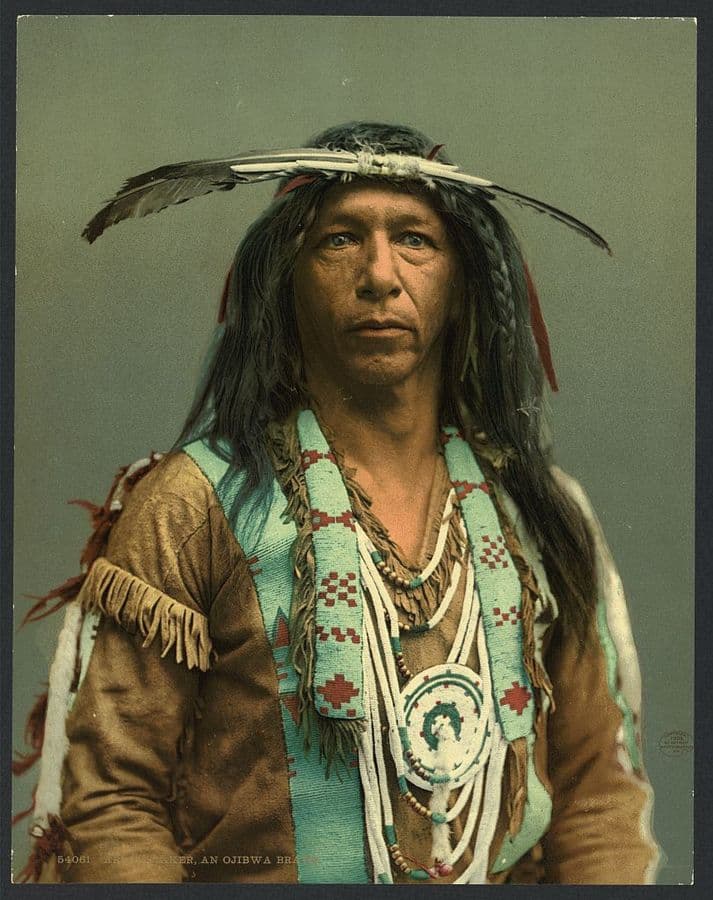 The ojibwa are credited with the initial development of the essiac tea formula.

The Midewiwin is a physically and spiritually healing medicine society that originated among the Ojibwa people. To enter the society, an initiate must undergo a long period of instruction to master the herbal knowledge and philosophy handed down by elders. The Midewiwin today has a strong membership in the upper Great Lakes region and has spread from the Ojibwas to other surrounding Indian people. The philosophy of the medicine society stresses the importance of maintaining balance in one's personal life as well as respect for other forms of life, both plant and animal, with the goal of achieving harmony within the social order.

The Origins of Essiac Tea: The Ojibwa Essiac Connection

More of the Ojibwa Essiac History

Because they live on a major transcontinental waterway, the Ojibwas became involved in intertribal hostilities, peacemaking, and trade over a much of interior North America. In 1662, during Iroquois warfare to gain new hunting grounds (1649-1700), the Ojibwas and local allies defeated a large war party, which resulted in future Iroquois raids being directed south of the Great Lakes. Beginning about 1680, the Missisagis and other Ojibwa bands living east of the Sault on the north shore of Lake Huron began advancing south across the Ontario peninsula, which drove out the Iroquois invaders. By the late 1600s they established their own communities in the area extending from present-day Detroit to the north shore of Lake Ontario. The name "Missisagi" continued to be used in southern Ontario to identify these eastern Ojibwas. By 1750 they had moved around the bottom of Lake Huron into the Saginaw Valley of southeastern Michigan. Most of their Ottawa predecessors moved to northwest lower Michigan and along the north shore of Lake Michigan, or to the Ottawa village at Detroit.

Ojibwa leaders were important in all the major campaigns of eighteenth-century warfare that affected their hunting grounds and their trading connections. During the French and Indian War (1753-1760) Wabojig led warriors from Chequamegon Bay to battles in upstate New York. They continued to oppose the advance of white settlement in the lower Great Lakes region until the era of the War of 1812.

While all these historical developments were part of the Ojibwa country's story east and south of Sault Ste. Marie, actions in the west were directed toward expanding hunting territory beyond Lake Superior. From the time of their first village settlement at Chequamegon Bay, Ojibwas had battled two tribes a number of times who became traditional enemies: the Mesquakies (Foxes) to the south, around the headwaters of the St. Croix River in Wisconsin; and the Dakotas (Sioux) to the west, on the headwaters of the Mississippi River. By 1683, the Mesquakies had moved south, but conflict with the Sioux persisted until the mid-nineteenth century. Following an interval of peace and trade, aggressive warfare had resumed by 1740, leading to the advance of Ojibwa hunters into Sioux lands in present-day northern Minnesota. The Ojibwas also had the assistance of Cree and Assiniboine allies, who attacked the Dakotas from the north. After Crees living northwest of Lake Superior suffered much population loss during the 1782 smallpox epidemic, they invited Ojibwas to join them in their country.

As a result, Ojibwa communities occupied the Rainy River, Lake of the Woods, Red Lake, and lower Red River districts south of Lake Winnipeg by 1790. Some buffalo hunters from the Ojibwa community migrated to the Dakota border region. One offshoot from the Ojibwa, the Little Shell Band, went farther west into Montana. In the district of future Winnipeg, the Ojibwa leader of the 1790s became an intermediary with early settlers and officials. The Ojibwa bands acquired horses around 1820, and made their way westward to trade near present-day Edmonton, Alberta. It was at this time that the names Plains Saulteaux and Plains Ojibwa came into use.

Click here to read more about the Ojibwa essiac connection 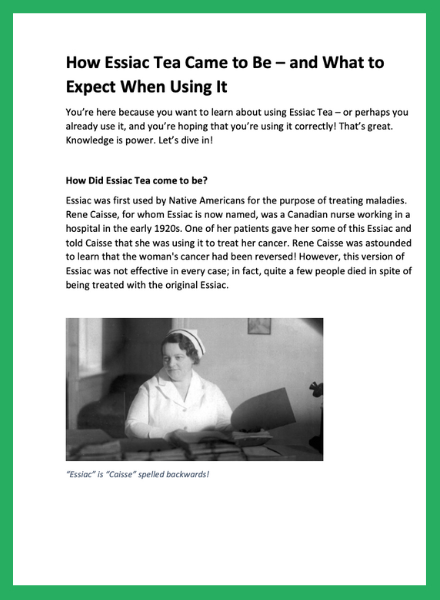