Essiac research has not been performed extensively in the US due to FDA regulations on dietary supplements. However, of the research that has been formally done, all of it was performed on the four herb formula. Unfortunately, these results aren't applicable to eight herb essiac.

***We use the entire sheep sorrel plant, including the roots, in our formula!***

The eight herb essiac formula varied slightly over the years from the original essiac that the woman received from the medicine man in 1892. In fact, there are some variations of the eight herb formula today. These changes happened as part of a natural testing process whereby patients were monitored and their results noted. In 1959, Rene Caisse went to the Brusch Medical Clinic in Cambridge, Mass. to join Dr. Charles Armao Brusch, MD. She became partners with Dr. Charles Brusch with the intent of forming the "Rene Caisse Cancer Research Foundation," a charitable foundation which would have the purpose of utilizing this treatment for cancer in humans. Rene was provided with three rooms for her use at the clinic and all her expenses were taken care of. Rene and Charles Brusch remained partners, co-developers and co-owners until her death in 1978 at the age of 91. 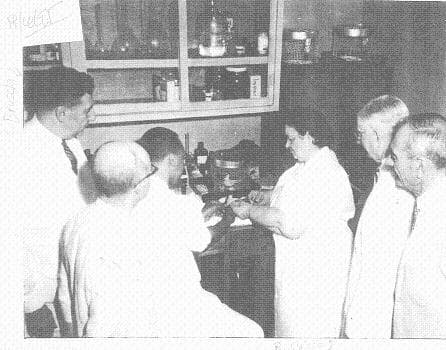 Rene Caisse and Dr. Charles Brusch performed the most extensive research done on essiac tea ever completed in Cambridge, MA at the Brusch Medical Research Center.

Dr. Brusch, a medical doctor of noted background, had developed an interest in other natural forms of healing, his objective always the "well-being" of the patient. He had set up the first acupuncture clinic to collect data for his research studies, and it was operating in his medical clinic when Rene Caisse arrived in 1959. He was the first doctor in the Western hemisphere to initiate a plan similar to Medicare within his clinic for those without money for medical help. He was extremely interested in herbs and their power to heal, which he learned from a long-time friend, a master herbalist from Lathrop, Missouri.

The objective at Dr. Brusch's clinic was to prove the merits of this simple, non-toxic, herbal formula called eight herb essiac. The formula had been used with great success on so many terminally ill patients but Dr. Brusch wanted to do even better. They began their essiac research using oral treatment only. No other medication was used and the herbs were given on an empty stomach. In the hope of identifying the active ingredient, they experimented with variations of injectable solutions, each vial containing a different herb. This failed to isolate one single herb, proving that effective results are obtained synergistically though the unique combination of the eight herbs in the correct proportions.

The essiac research continued on. Consequently they returned to using the eight herb essiac formula administered in an oral fashion. One version of this formula is called "Flor Essence" in the marketplace. A double blind study was done in which other herbal formulas were used, all of which proved to be inferior. This research was not published due to FDA limitations.

For more background on the evolution of essiac in the U.S., click here: Eight Herb Essiac.

Click here for more research on the individual essiac herbs.

The Gold Standard of Essiac Research: The Essiac Report

The book The Essiac Report by Richard Thomas contains much more in-depth information on the background of essiac and research and observations.

Thanks for Stopping By! Did you know we have a helpful Free Essiac Tea Users Guide?

We never share information with third parties and we don't use your email for any purpose other than to send the Guide.